Iâ€™m not a mathematician or Computer Scientist, but I like the elegance of a genuinely ne idea, so Iâ€™ve been watching the various block chain developments for a few years.
When BTC was under $30 I ran the numbers and figured my cost of power would never make mining profitable. When it spiked up over $100 I did the numbers again for cloud hosted mining, with the same result.
Now it is around $3000. Huh. 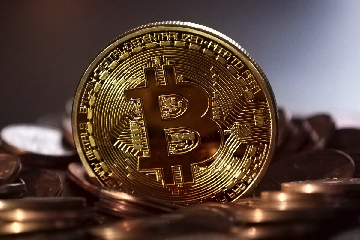 I think the blockchain currencies will end up being the less interesting part of the equation, unless you are using them to avoid Chinese currency controls, or deal drugs or something else you want to sell without a trail. The initial excitement was all about untraceable cash, but you can avoid taxes with cash today, and hold precious metals if you donâ€™t want to be beholden to fiat currencies.

While bitcoin and other currencies (Doge, anyone?) are exciting in a speculative sense, and interesting in a fresh idea sense, they have a number of issues to be useful except in edge cases.
Number one for me is the energy use for mining and transaction processing. The algorithm that produces coins has increasing rarity built in, a bit like prime numbers in the real world, so to grow the bitcoin supply takes enormous energy – which could be used for productive purposes at less cost to things like climate change. This algorithm also ensures ongoing inflation, offering all the advantages of the gold standard in the 1970sâ€¦

Transactions also take energy to process, and there is debate at the moment on how to streamline this, but the current situation is that transactions are limited to around 7 per second, compared to VISA, for example, that typically handles thousands, and while there are ways to scale this, there are arguments against too – with the end result being a system that is less than ideal.

This combination suggests to me weâ€™ll see examples of people â€˜breakingâ€™ the transaction system â€˜for the lullzâ€™, probably timed to coincide with bitcoin being launched for some legitimate, high profile system.

The other issue Iâ€™ll be interested to see merge is just how anonymous crypto currencies are. I donâ€™t mean that there is a flaw in the implementation, but rather that privacy exploits will be developed that rely on meta data in the transactional record to breach anonymity. I donâ€™t think this has happened yet, but I can imagine it being around the corner should transaction volumes grow enough that statistical methods can be applied to infer personal data from transaction patterns, timing, network origin etc.

In the future, I suspect the real action will be in Ethereum like block chain computational models, rather than currencies.
If you consider the blockchain mechanism as the underlying platform, then currency is just one application.
To draw an analogy, email was an early and cool application on the Internet, but the really innovative stuff that harnessed Internet technologies to make something with no real analog in the offline world came later, often much later.
When the Internet went mainstream in the early 1990s, there were plenty of people making a bit of money selling web hosting or writing client software, but much later the Googles and Facebooks arrived.
I think bitcoin is at the Alta-Vista or Hotbot level of maturity – people made plenty of money there but the world quickly moved on.
The Ethereal model is interesting, but there is little reason to use the Eth public coin (or, urgh, classic ETH), when you can host a completely separate fork for basically free. And less reason as the coin price rises.
So blockchain is real and useful. Coins are a valid application. They are a convenient current speculation, but like tulips or Hotbot shares, have little inherent worth. But the emerging applications might be very valuable.

I've been on the web since 1995, so I'm a bit old fashioned. This is my homepage, collecting dribs and drabs that don't end up at work or elsewhere. I write a bit, am a bit of a technologist, and a bit of an environmentalist, trying to be more than a bit of a parent and more than a bit of a good member of my community.